He is the First Shoulder Surgeon in India to have performed the STEMLESS TOTAL SHOULDER REPLACEMENT SURGERY.

He is the First Indian Doctor to be invited to the Winter Olympics 2018.

He has completed Diploma in Football Medicine awarded by FIFA.

He has completed his sports medicine diploma from the international Olympics committee. 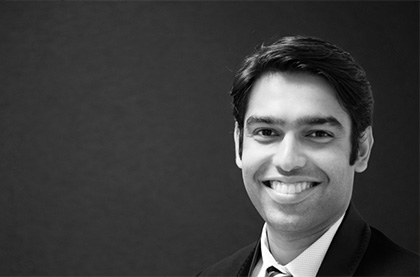 He has completed his fellowship in shoulder surgery at the prestigious Seoul National University, Bundang Hospital, Seoul, South Korea under the guidance of Prof. Joo Han Oh.

He was awarded the best scientific paper award at the Asia Arthroscopy Congress 2015 for his research paper titles "Does size matter? - Preoperative evaluation of spinoglenoid ganglion cyst with MRI, EMG and isokinetic muscle test."

He completed his scholarship in sports medicine, sports traumatology and knee surgery (arthroscopic and knee replacement surgery) at the prestigious FIFA Medical Centre of Excellence at Porto, Portugal under the guidance of Prof. Joao Espregueira Mendes.

He published a chapter (as a co-author) titled "Knee medial collateral ligament injuries" in the book "Football Traumatology - Second Edition" by ESSKA (The European Society of Sports Traumatology, Knee Surgery and Arthroscopy).

He completed his post graduate training in Orthopaedic Surgery (M.S. Ortho) from the prestigious B. J. Medical College and Civil Hospital, Ahmedabad, Gujarat, India. His thesis "Study of robot assisted total knee replacement" was accepted by the Gujarat University.

He published a paper titled "Robodoc - A new era in replacement surgery."

He won the 2nd prize in the orthopaedic grand quiz competition at the Indo German Orthopaedic Foundation Conference at Vizag in 2013.

A member of the

Only for admission and Surgery